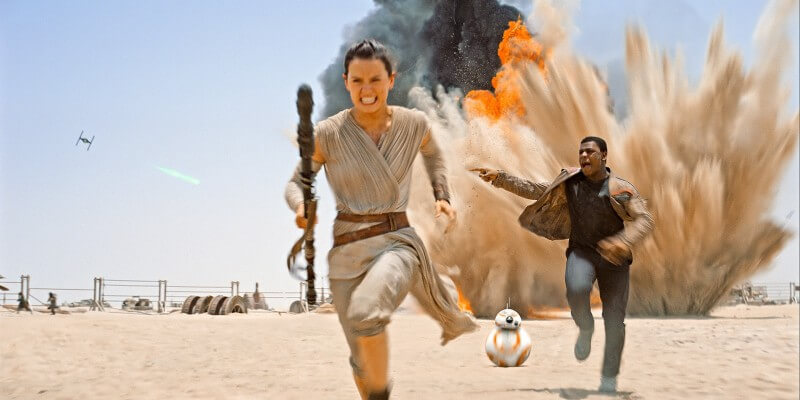 Given the choice among several editions of the new “Star Wars: The Force Awakens” Blu-ray, I decided to go with the Target exclusive which not only featured alternate packaging but also more than 20 minutes of extra bonus content.

The extra two features, the eight-minute-long “Inside the Armory” and “The Scavenger & the Stormtrooper: A Conversation with Daisy Ridley and John Boyega” weighing in at over 11 minutes, are only available on Digital HD but are certainly worth checking out (and don’t forget to explore the deleted scenes section, as there is an extra entry featuring Han Solo that is only accessible here and not on the disc).

The highlight moment of the extra content by far, and likely of all of the entire bonus features, is this special moment of Ridley and Boyega collaborating on a rap song they worked on during the shooting of the movie. It’s not only great to see the chemistry between the two stars but we also get to witness some lighthearted moments on the set featuring dancing stormtroopers, Rebel fighters, Admiral Ackbar and more!

“Star Wars: The Force Awakens” is now available at major retailers on Blu-Ray and DVD as well as on Digital HD.

Comments Off on VIDEO: Daisy Ridley rapping with John Boyega beatboxing is the best “Force Awakens” extra so far