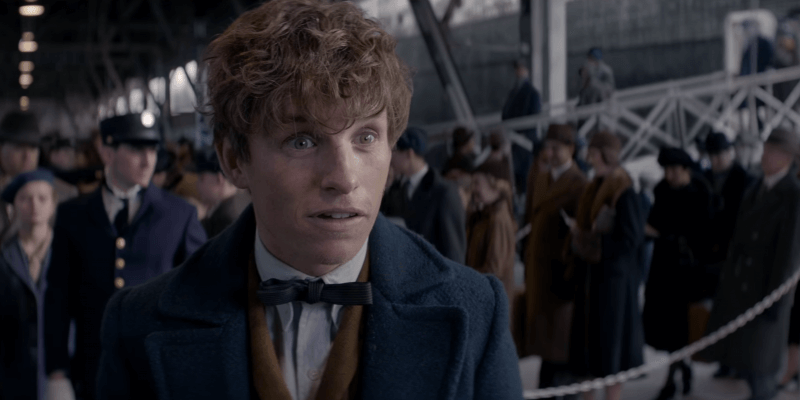 J.K. Rowling’s wizarding world is one of the most lush and fascinating fictional universes of this generation. So, naturally, the muggle world is ready to dive back in with the all-new film Fantastic Beasts and Where to Find Them.

Last night at the MTV Movie Awards, a brand-spankin’-new trailer dropped on the masses, and we have it here for you in all its glory!

Newt Scamander (Eddie Redmayne) arrives at the Magical Congress of the United States of America (MACUSA), for a meeting with an important official. At this meeting is a magically expanded briefcase which houses a number of dangerous creatures and their habitats. When the creatures escape from the briefcase, it sends the American wizarding authorities after Newt, and threatens to strain even further the state of magical and non-magical relations. The mistake has a devastating effect on the state of Wizarding/No-Maj (the American term for a non-magical person) relations in New York City’s community of wizards and witches in 1926, which is already in a dangerous place, due to the threatening presence of the fanatical New Salem Philanthropic Society, an extremist organisation dedicated to the eradication of wizard-kind. Newt battles to correct the mistake, and the horrors of the resultant increase in violence, fear, and tension felt between magical and non-magical peoples (Muggles).

For all things wizards, muggles, and everything in between, stick with Inside the Magic! While you’re waiting for the November 18th release, let me know what you think of the trailer in the comments below!

Comments Off on VIDEO: All-new “Fantastic Beasts” trailer brings the wizarding world to the Big Apple!