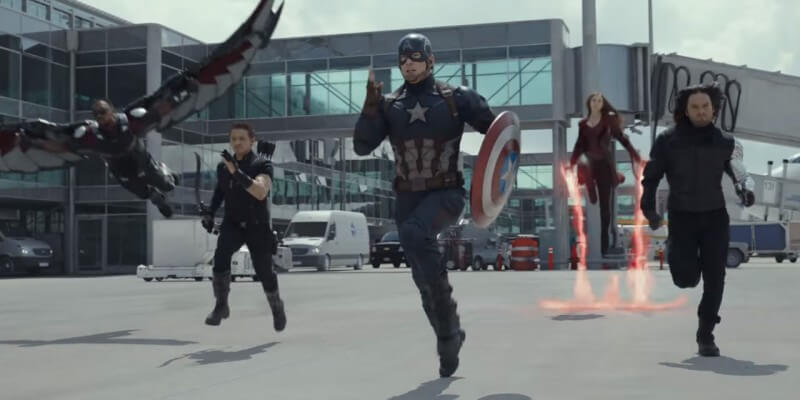 Marvel fans are in for a double treat today with the release of not but two extended clips from the upcoming “Captain America: Civil War” movie.

In the first “New Recruit” movie clip released by Marvel Studios, which premiered on Jimmy Kimmel Live in a shortened version, we see Ant-Man (Paul Rudd) meeting Captain America (Chris Evans) for the first time and catching up on old times with the Falcon (Anthony Mackie) in one of the more lighthearted moments.

In stark contrast, the “Right To Choose” clip features Steve Rogers/Captain America and Tony Stark/Iron Man (Robert Downey Jr.) debating which side to take as the government insists on more oversight with the superheroes. Though Vision doesn’t have any lines in this clip, comicbook.com also accurately points out that Vision is wearing a sweater in the background. Hope it’s not too itchy!