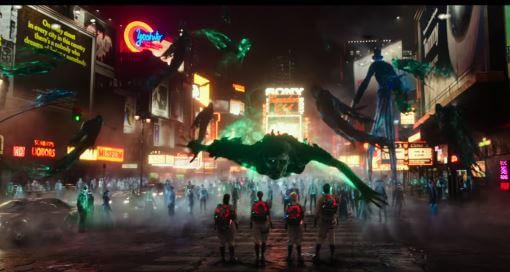 To honor administrative professionals, the hard working individuals who hold most businesses together, Ghostbusters released a tribute video today.

This well-timed vignette features Kevin (portrayed by the brilliant comedy of Chris Hemsworth) as he assumes (or rather attempts) the tasks required to be secretary to the Ghostbusters.  Described as “a Ken doll with the insides scooped out” or a “big dumb puppy dog”, Hemsworth’s improve may just steal the show (at least his glasses won’t keep getting dirty). The Ghostbusters reboot materializes in theaters on July 15th.

Comments Off on This Administrative Professionals Day, the Ghostbusters know who’s really taking the calls