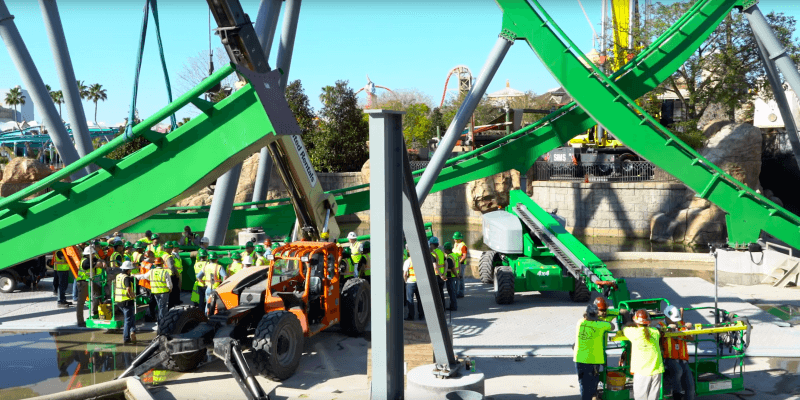 When Universal announced that their fan-favorite roller coaster, The Incredible Hulk, would undergo a complete revamp, hearts broke all across Orlando. Well it looks like the return of the big, green guy is right around the corner because the final piece of the coaster has been placed at Universal Orlando’s Islands of Adventure park. According to Universal Orlando, the engineering crew all signed the final piece before it was raised. The silver ink stood out against the bright green paint, a testament to the tireless hours they’ve worked to get to this point. Want to live the whole thing in action? Go for a crane ride in the official documenting of the event below.

I don’t know about you guys, but I can’t wait to see how the ride has been updated, and feel the rush of one of the world’s best roller coasters once again!

For all things Universal, stick with Inside The Magic!