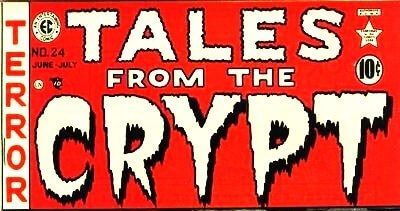 Since HBO owns the Crypt Keeper we all currently know and love, Shyamalan is digging deeper into the comic book of the same name for his horror host. Movie blog SlashFilm believes that the new anthology’s icon will more closely resemble the comic book’s storyteller: Joining Tales from the Crypt for this sinister revival, will be two all new horror anthologies. Time of Death, an hour long drama following the events in a Midwestern county fair as a revenge driven killer exacts payment on the hometown he believes brought about his ruin.  The series is touted as a blend of Friday the 13th and Friday Night Lights, paying homage to the hack and slay movies of the MTV era.

Rounding out the triple play of terror will be, Creatures, a tale of two friends (responsible for an attempt to sacrifice a classmate’s heart to their imaginary idol Mr. Gorgi).  Set in Alaska after the girls release from a mental institution, this tale of friendship follows the women as they again are drawn to the power Mr. Gorgi.