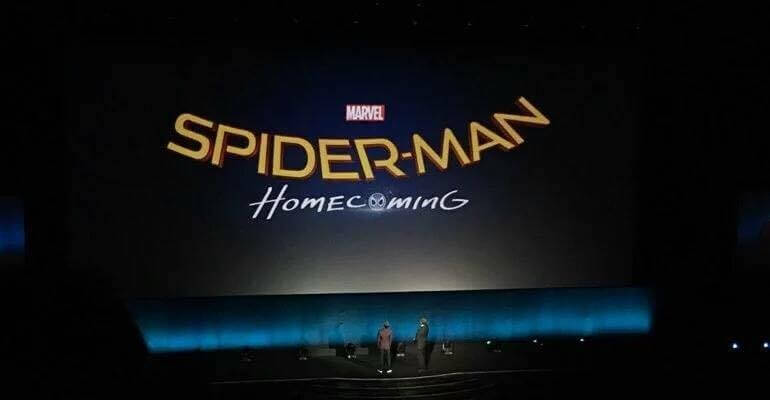 The new Spider-Man will be making a big splash in next month’s “Captain America: Civil War,” but he’s also got his own solo movie on the way from Sony Pictures. And at CinemaCon this week in Las Vegas, the studio announced the title for the third first Spider-Man movie: “Spider-Man: Homecoming.”

The reboot marks the beginning of another new era for everyone’s favorite web-slinger, as the character is now part of a larger deal that will connect his heroics with the Marvel Cinematic Universe, a landmark cooperative profit-sharing move between Disney’s Marvel Studios and Sony that will allow characters under both studios’ umbrellas to interact with each other in their various outings.

Actor Tom Holland, who portrays the latest Spidey iteration, was on-hand to make the announcement at the movie exhibitor convention CinemaCon (formerly ShoWest) on Tuesday evening.