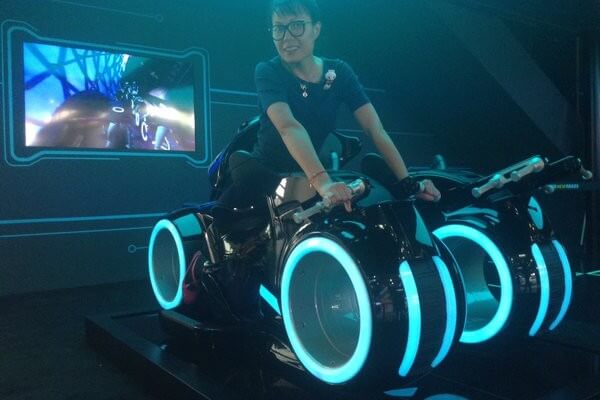 TRON Lightcycle Power Run is one of the biggest attractions coming soon to Shanghai Disneyland. Located in Tomorrowland, this thrilling attraction will take you on a high-speed chase around the Grid and is definitely a one of a kind attraction for Disney so far.

UPDATE: New pictures have surfaced showcasing the loading area for the ride courtesy of @ED92live At a Beijing Auto show yesterday, guests got a closer glimpse at the attraction vehicles style and mechanics. On display was also a TRON car by Chevy.