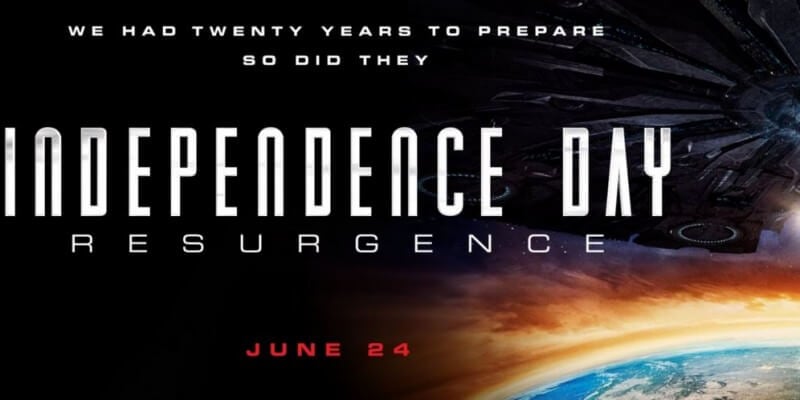 The newly released Independence Day: Resurgence trailer was unleashed on the planet today – on Earth Day – perhaps as a hint that the planet’s destruction CAN be avoided? Actually, the well-timed trailer release comes with several hints. Along with that terror-filled trailer for the alien invasion movie’s sequel, Fox released a pointed PSA for Earth Day. A brief, light-hearted message from the Earth Space Defense Director contains a few ideas on how help save the Earth (with pointers on conservation AND dealing with aliens).

In a real world effort to participate in Earth Day, Fox is also offering inexpensive downloads of the original Independence Day film. According to a post included in the YouTube trailer:

To help us all defend our planet, this weekend the original INDEPENDENCE DAY (1996) movie will be available for only $0.99 on Google Play, with all of Fox’s net proceeds being donated to Earth Day Network! Get your $0.99 download of ID4 here: http://bitly.com/1qWSDvc.  Fans can also participate in a global #IndependenceDayLive Earth Day Watch Party, starting at 4pm PT tonight, by following#IndependenceDayLive and @IndependenceDay.

Independence Day: Resurgence invades movie theaters on June 24th this year. The film picks up 20 years after the first invasion ended, showing how Earth has come together and, hopefully, is prepared this time. Unfortunately, for Earth, the invading aliens have also leveled up with bigger and much more destructive weapons with their sights set on revenge, and landmarks (according to a quick quip by Levinson).

Are YOU ready for Independence Day: Resurgence?  Comment below.