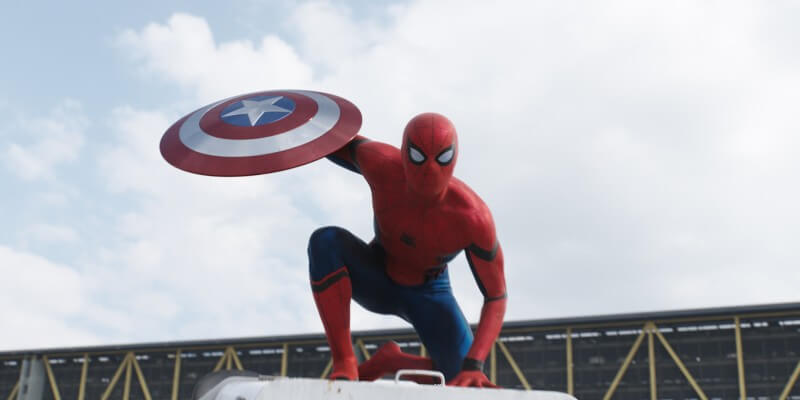 Marvel’s latest saga “Captain America: Civil War” arrives in theaters soon, with the arrival of Spider-Man into the Marvel Cinematic Universe perhaps the most anticipated moment of the film.

Already his brief cameo in the full trailer almost shut down the Internet, so a new appearance in the latest TV spot for the film is certainly cause for celebration.

In this new clip, we see Spider-Man make a dramatic entrance to fight The Winter Soldier (Sebastian Stan) but his trademark wit and humor remains intact as he inquires about Bucky’s bionic arm.

“You have a metal arm?” asks Peter Parker (played by Tom Holland) in the middle of the fight. “That is awesome, dude!”