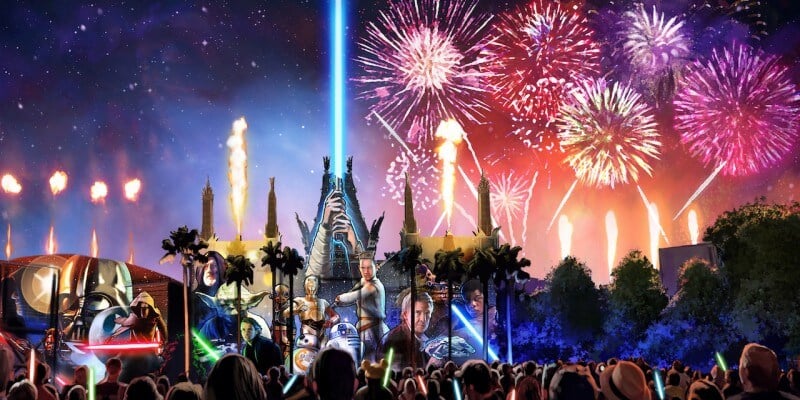 The previously announced new fireworks show “Star Wars: A Galactic Spectacular” is set to debut at Disney’s Hollywood Studios this June. This new show will be like nothing we Disney fans have ever seen before.

This new nightly show is the next generation of the current Star Wars-inspired fireworks show. It will combine fireworks, pyrotechnics, special effects and video projections that will turn the nearby Chinese Theater and other buildings into the twin suns of Tatooine, a field of battle droids, the trench of the Death Star, Starkiller Base and other Star Wars destinations. The show will be punctuated with a tower of fire and spotlight beams, creating massive lightsabers in the sky. This new show will be the most elaborate fireworks display to take place in the history of Disney’s Hollywood Studios.

Check back for video announcement soon!