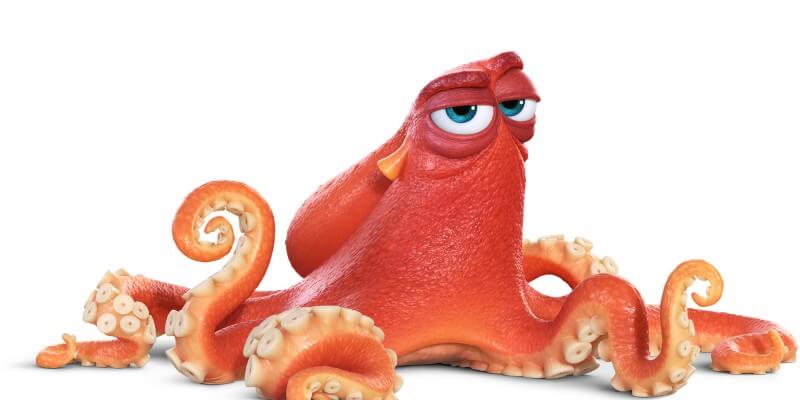 True Disney-Pixar fans not only enjoy the movies for the plot, action and endearing characters, but they also love to spot Easter Eggs sprinkled throughout their films — whether it’s the run down Pizza Planet truck, “A113” references, the familiar Luxo ball, or…Hank?

That’s right, one of the new characters featured in the upcoming “Finding Dory” feature film might look just a little familiar to longtime Pixar fans because today it’s finally been revealed that Hank has secretly made a cameo in every Pixar film starting with 1995’s “Toy Story”!

“Every Pixar fan knows that we love Easter Eggs,” said director Andrew Stanton, who also helmed the 2003 classic “Finding Nemo.” “And until now, Hank has been our most closely guarded secret. There are even people internally at Pixar who don’t know about this.”

Stanton claims that the secret of Hank has been closely guarded for more than two decades.

“Hank started off as a bit of an inside joke between those of us who were here at Pixar in the very beginning,“ said Stanton. “But since then, finding a place for him in our films has become part of our culture, and I’m glad we finally get to introduce him properly to fans.”

Don’t believe them? Here’s the video proof from Stanton as well as Ed O’Neill, who voices Hank — a “septopus” who’s missing a tentacle but has incredible camouflaging abilities. Not only will you see for yourself several of his notable cameos, but there’s also a few snippets of new “Finding Dory” footage as well.

Case closed! So keep your eyes peeled for all of Hank’s many appearances until “Finding Dory” hits theaters June 17, 2016. Just don’t squint too hard.