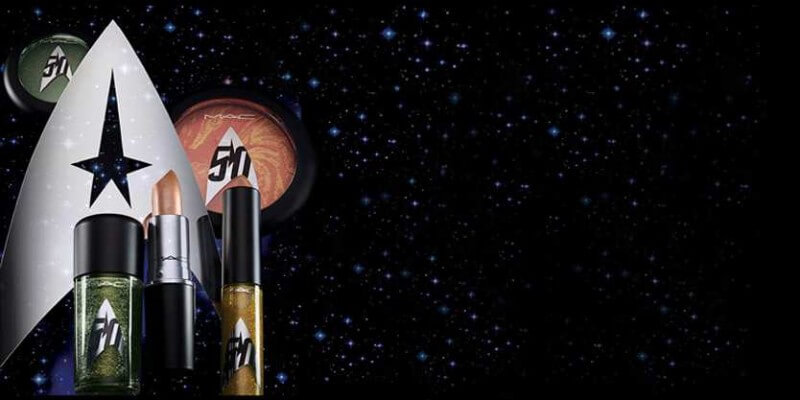 High end cosmetics company MAC cosmetics will soon go where no man has gone before with its new line of cosmetics fit for the final frontier.  This stellar Star Trek line, inspired by the likes of Lt. Uhura, Counselor Deanna Troi, Seven of Nine and the sultry Orion Slave Girl, beams will be available on all sub space frequencies (also known as the Internet) on August 25th and will beam down to stores on September 1st.

Trek fans taking shore leave at San Diego Comic Con will have an exclusive opportunity to seek out new life in this cosmic collection at a special one day only pre-sale event on July 21st.