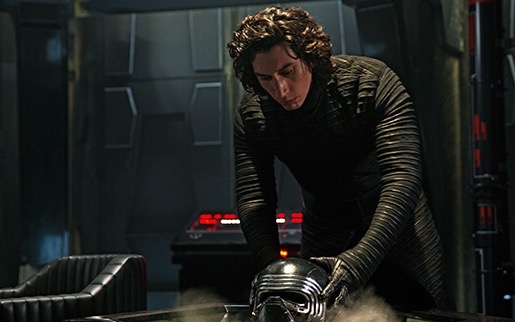 Star Wars: The Force Awakens is officially on Blu-ray, and we’ve been clamoring for more information on the making of our new classic piece of sci-fi amazingness. This new piece of info comes from director J.J. Abrams himself: What exactly was that table full of ashes where Kylo Ren rested his helmet? Entertainment reports:

“Sometimes bits and pieces of one scene end up being something that you use in another scene that you didn’t expect,” Abrams explained in an interview. “That’s always kind of fun, when you realize that something you’ve shot actually has a use you didn’t expect.”

“The backstory is, that that table has the ashes of the enemies he’s killed,” Abrams says. “That moment was actually shot for, and meant to be used in, the scene where he was talking to the Vader mask.”

So basically,  the table that was originally meant for Kylo Ren’s quarters is now used to display the charred ashes of his enemies. Kind of creepy! It’s also worth noting that we would have totally seen his face way earlier in the film.

“He originally had his mask off the first time we shot that scene. Then we reshot it with his mask on, but we had that shot which I loved and thought was so cool of the mask being slammed down into that ash,” Abrams says. “So that shot was stolen from the scene that we had changed and put into the scene with Rey.”

Neat stuff, right? What do you guys think of this little factoid? Let me know in the comments!