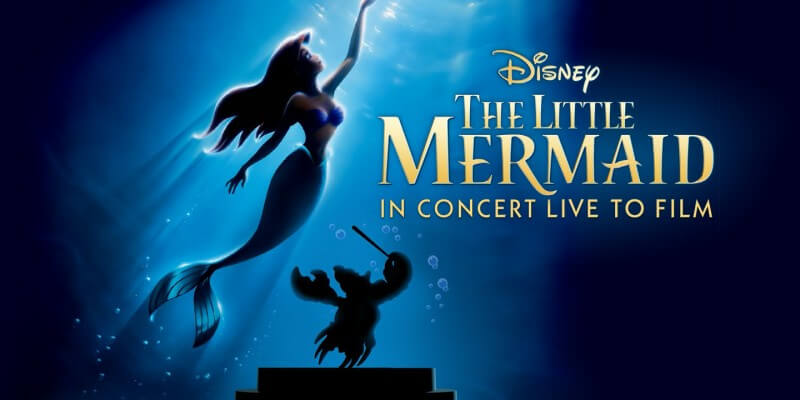 The original voice of the “Little Mermaid”, Jodi Benson, is set to reprise her role as Ariel in The Little Mermaid: Live in Concert at the Hollywood Bowl on June 6th. It was previously announced that a star-studded cast would be performing on June 4th and 5th but now an extra date has been added to include Benson.

The Little Mermaid: Live in Concert will feature an amazing cast which will be singing the songs from the score of The Little Mermaid with a live orchestra as the movie plays in the background on the huge Hollywood Bowl screen. You will get to see Rebel Wilson as Ursula, John Stamos as Chef Louis, Tituss Burgess as Sebastian, Norm Lewis as King Triton, Darren Criss as Eric, and Joshua Colley as Flounder.

And if Jodi Benson wasn’t enough for you to book that coveted June 6th ticket that date will also include Opening Day guest stars Susan Egan, who was the voice of Meg in Hercules and the original Belle in Beauty and the Beast on Broadway, and Brad Kane, who was the singing voice of Aladdin in Aladdin.

Jodi Benson had this to say about her return to Under the Sea:

“I’m so thrilled and incredibly blessed to be invited once again to sing at the Hollywood Bowl—and this time as my beloved Ariel during this unique commemoration of our movie, The Little Mermaid,” said Benson. “It’s such a special honor to celebrate my 30thanniversary with the Walt Disney Company by standing on the Hollywood Bowl stage and singing the beautiful music of the brilliant Howard Ashman and Alan Menken. I am truly honored and eternally grateful to Howard and Alan and our directors, Ron Clements and John Musker, for allowing me to bring Ariel to life and to be ‘part of your world’ for all of these many amazing years.”

Tickets go on sale Wednesday April 27 at 10am at ticketmaster.com