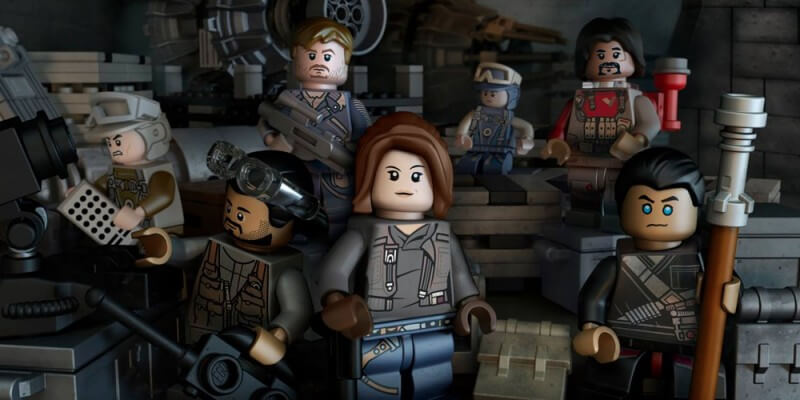 Rogue one, two, and three!

There’s been so much news pouring in since the trailer debut of Rogue One: A Star Wars Story, we don’t want to spam you with a million little posts from a galaxy far, far away. So, because we’re so good-natured, we’ve combined three awesome little tidbits of news into one article.

That’s right! Rogue One: A Star Wars Story director Gareth Edwards, co-producer John Swartz, and executive producer John Knoll will officially be judges for the Star Wars Fan Film Awards‘ Filmmaker Select award. What is the award, you may ask? The Filmmaker Select will go to the movie deemed best overall. So if you’re the best-of-the-best, these visionaries will let you know.

Check out the announcement video below:

Submissions are open through April 24, 2016, at 11:59 p.m. PT, and entrants will have the chance to win a Fett-worthy bounty featuring a Star Wars Prize Pack, a limited-edition print of Star Wars concept art autographed by the artist, and a commemorative trophy. The Star Wars Fan Film Awards welcome films of varying genres, styles, and tones; in addition to Filmmaker Select, award categories include Best Animation, Best Non-Fiction, Spirit of Fandom, Best Comedy, Best Visual Effects, and Audience Choice. Winners will be announced in a special ceremony at Star Wars Celebration 2016 in London.

Walkers, Tie-fighters and Troopers, OH MY! The new packaging for all Rogue One: A Star Wars Story toys has been revealed in all its tasty, illustrated goodness. I’m a huge fan of this style — it kind of feels like a throwback to toys from the 70’s, and considering the new film is set before the events of A New Hope, it makes perfect sense. Just wonderful.

LEGO is no stranger to the Star Wars universe, especially with a ton of galactic build-sets available and LEGO Star Wars: The Force Awakens coming this June to video game consoles. So, in celebration of the potential success of the new film, the company has released an image featuring the melancholic Rogue One cast as cute, blocky people. Rogue One: A Star Wars Story will be released on December 16, 2016. It stars Felicity Jones, Diego Luna, Riz Ahmed, Ben Mendelsohn, Donnie Yen, Jiang Wen, Forest Whitaker, Mads Mikkelsen, and Alan Tudyk. The first “Star Wars Story” spin-off movie centers on a group of Rebels who managed to steal the plans for the Death Star during the events that preceded the original 1977 Star Wars movie that started it all, “A New Hope”. It is directed by Gareth Edwards, and produced by Kathleen Kennedy, Allison Shearmur, and Simon Emanuel, executive produced by John Knoll and Jason McGatlin, and co-produced by John Swartz and Kiri Hart.

For all things Star Wars stick with Inside the Magic!