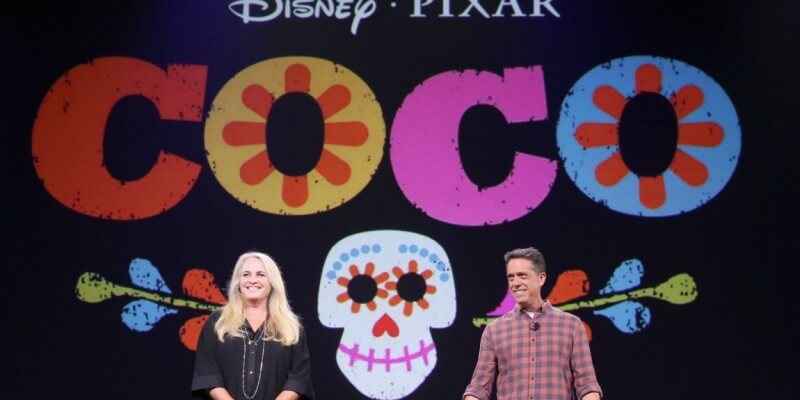 It’s beyond exciting that another original Disney-Pixar film is officially on the horizon with the news from “Toy Story 3” director Lee Unkrich that “Coco” has began production Tuesday.

So excited that we’ve OFFICIALLY STARTED ANIMATION ON COCO!! ?

“Coco” is inspired by Dia de los Muertos and a film about the Mexican holiday was first announced by Pixar back in April of 2012. The new title was first introduced at the D23 Expo event.

The third sequel to the “Cars” franchise will be released next year on June 16, 2017 with “Coco” following in the fall, it will mark the second time that Pixar releases two movies in one year. On Oh My Disney, Unkrich discussed the project at the D23 Expo.

“I’d seen it portrayed in folk art. It was something about the juxtaposition of skeletons with bright, festive colors that captured my imagination,” Unkrich explained. But then, like most Disney•Pixar films, it took an unexpected turn. “It has led me down a winding path of discovery. And the more I learn about Dia De Los Muertos, the more it affects me deeply.”

In the process of making the movie, he began to think about his relatives, including the ones who had passed away before he was able to get to know them. “I thought – what if I could meet them, what would I ask them?”

As for the plot:

The main character in the film is a spirited 12-year-old boy named Miguel, who somehow finds himself in the fantastical realm of dead. After the brief explanation, Unkrich and Anderson treated the D23 attendees with a “diorama,” meant to express the general feeling of Coco (even though the designs might change dramatically before the movie is done). This “diorama” was incredible and visualized as a single shot moving through the mortal version of Dia de los Muertos, with people celebrating and lighting candles for the family members who have passed on, and moving into the uproarious landscape of the dead. This is where things really take off, with skeleton mariachi bands, colorful designs, and lots and lots of fun.