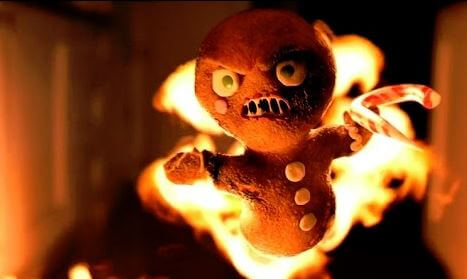 Christmas comes early for fans of the 2015 holiday horror thriller Krampus!  Released today on Blu-ray and DVD, the delightfully dark comedy directed by Michael Dougherty, is a modern twist on the Krampus legend.

Krampus (Krampen) is legendary counterpart to Santa Clause.  In German mythology it was his duty to deal with the children who did NOT make it to the “nice” list.  Usually appearing in early December (on Krampusnaught), Krampus would punish naughty children either by thrashing them with a birch switch or dragging them off to his lair.  The ancient beast has seen a steady resurgence in popularity in recent years with festivals and even haunted Halloween Horror Nights at Universal Studios Hollywood in 2015. Krampus’ DVD/Blu-Ray release is available now on Amazon and in stores.