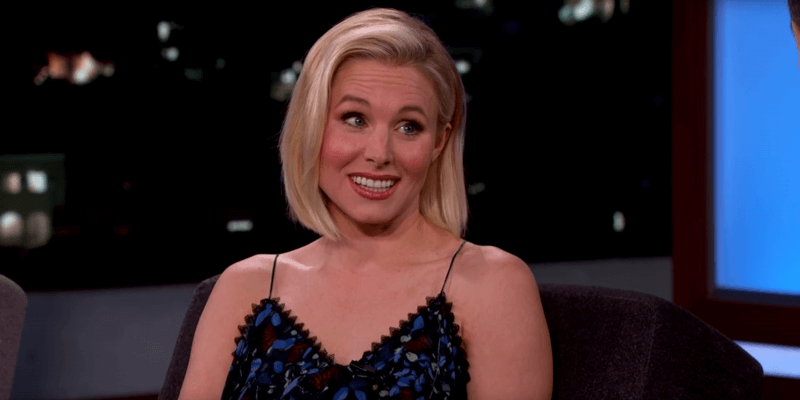 The Disney animated feature “Frozen” has been a worldwide phenomenon since it was released in 2013. Since grossing incredible box office numbers, the film has spawned merchandise, short spinoff films, attractions, and anything else you could possibly think of that would make the Walt Disney Company a metric ton of money. Kids everywhere are just completely in love with “Frozen”!

For those who don’t know, Bell voiced Anna in the Disney film but told Jimmy Kimmel on Wednesday that her children don’t give a hoot about it.

“The live to break down my self-esteem,” Bell said. “It’s that, and they don’t watch much TV. I mean they’re 1 and 3. They’re new to it all. But [the 3-year-old] was sick last month and Dax had said, ‘Should we put on a movie? Should we blow her mind and put on Frozen?’ And we did, and about 15 minutes in she said, ‘Mummy, I think you should turn this off.’ She didn’t like it.”

“Who could’ve guessed you’d have the only children in America who don’t like Frozen?” Kimmel asked. “But I guess it makes sense. No one wants to hear their mother sing, right?”

Poor Kristen. It’s still kind of funny though. For all things Disney and “Frozen”, stick with Inside the Magic!