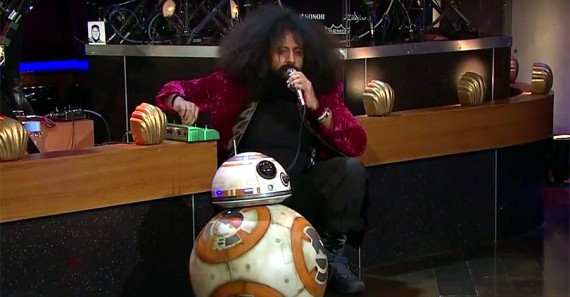 That little droid can really turn it out!

On Tuesday night, the beloved droid of Star Wars: The Force Awakens surprised guests by appearing on The Late Late Show With James Corden. There, BB-8 stuck closely to Reggie Watts (the character’s stand-in translator), the late-night show’s bandleader.

Then things got awesome.

The spherical wonder started jamming out with Watts, and even got a little solo time to rock out a bit. Fans went wild. The best part is, we’ve got a video of the whole thing for ya:

What do you think? Would you jam with a droid? Let us know your thoughts in the comments below!