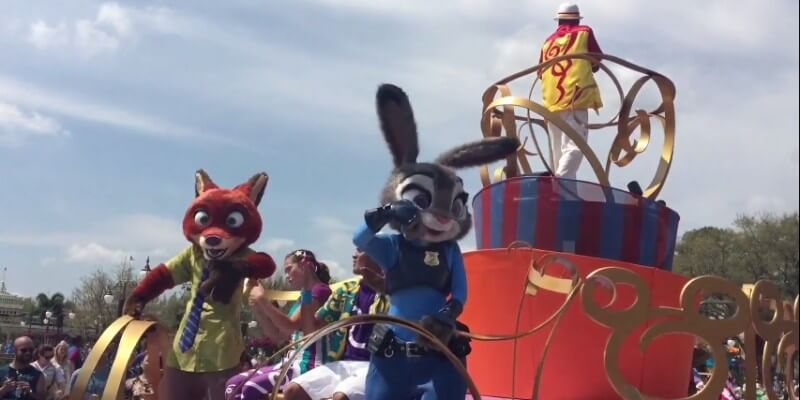 Zootopia characters Nick Wilde and Judy Hopps made their first ever appearance at the Magic Kingdom on Saturday in the “Move It, Shake It, Dance & Play It” street party. Nick and Judy put on quite the show dancing and jamming with their audience but don’t ever really stop long enough for you to snap a pic with them. So far this is the only way at Walt Disney World to see the popular Zootopia characters.

“Move It, Shake It, Dance & Play It” street party is performed multiple times each day.

Thanks to @reivenxo for pictures.