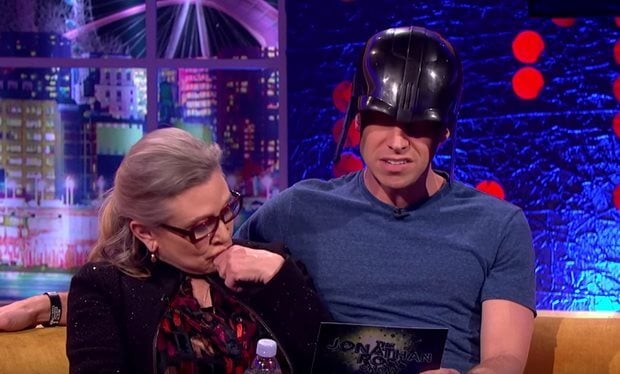 The voice of Sith Lord Darth Vader has always been a staple of the Star Wars franchise. It’s been replicated, parodied, and honored by kids, adults, and entertainment mediums for longer than many of you have been alive.

Even your weird little cousin does the “breathing” sound just to annoy you. Admit it.

What people don’t know is that British actor David Prowse, who physically played Darth Vader and spoke his dialogue, was completely surprised when his lines were replaced by James Earl Jones. Jonathan Ross got to discuss this recently with Carrie Fisher, pointing out that the replacement was most likely inevitable because of Prowse’s West Country British accent.

Check out a clip of the two of them reenacting what their first scene would have sounded like, had Vader been British — obviously comically.

For all things Star Wars, stick with Inside the Magic!