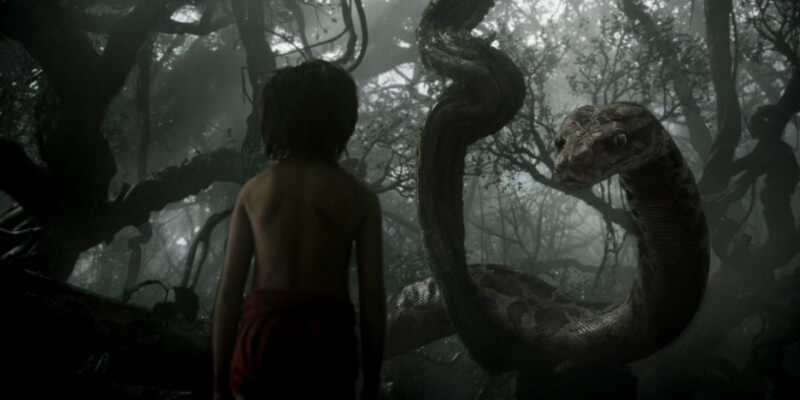 With just a month left before Disney’s new adaptation of “The Jungle Book” is unleashed at movie theaters, a new TV spot called “Trust” has now been released.

The one-minute long clip focuses on Mowgli (newcomer Neel Sethi) and his encounter with the python Kaa (voice of Scarlett Johansson). Along the way we see some extraordinary action sequences featuring the menacing tiger Shere Khan (voice of Idris Elba). Looks intense for that PG-rating!

Directed by Jon Favreau (“Iron Man”) and based on Rudyard Kipling’s stories, the live-adaptation of Disney’s classic animated film, “The Jungle Book”, is set to be released in theatres April 15, 2016.