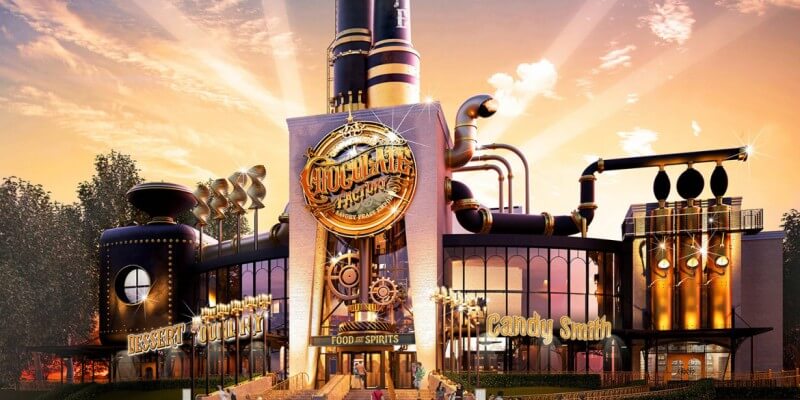 Are you sitting down for this bit of delicious news?

Any connoisseur of fine chocolate and tasty treats will want to make a beeline to Universal CityWalk at Universal Orlando later this year when the just-announced Toothsome Chocolate Factory & Savory Feast Emporium opens its doors to the public.

Merging Steampunk design in a fantastical decor with some of the yummiest sweets that would make even Willy Wonka pinch himself to make sure he wasn’t dreaming, this new addition to CityWalk will also be serving up some delicious food as well. Universal Orlando’s blog teases that “unique twists on classic steak, seafood and pasta entrees, gourmet burgers, sandwiches, incredible salads, all-day brunch and more” will be offered in its menu. But back to the sweets.

Just feast your eyes on some of the incredible offerings they will have and try not to drool on your screen. Universal Orlando’s blog also has some info on a few of the milkshake offerings:

This 19th century-inspired Steampunk chocolate factory will not only let visitors see these amazing treats being created in front of their eyes, but they’ll also feature a retail shop for you to be able to take some of them home to indulge later. It is replacing the NBA City Restaurant, which closed its doors on August 16, 2015. No official opening date has been set for the Toothsome Chocolate Factory just yet.

For more info, check out Universal Orlando and keep checking back here at Inside the Magic for more detailed coverage once its opened.