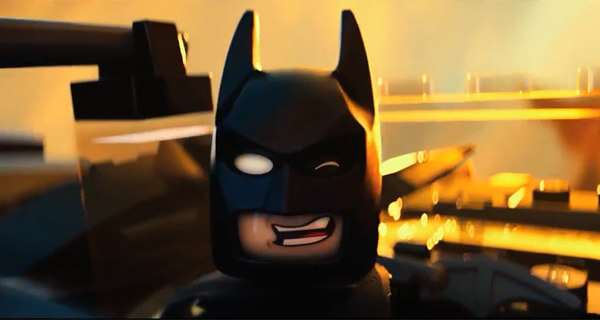 The new “Batman v. Superman: Dawn of Justice” movie opening this week has a lot of critics asking, “Why so serious?” Now, just in time to counteract the impact of director Zack Snyder’s brooding intensity, the teaser trailer for 2017’s “The Lego Batman Movie” has arrived to save the day!

Check it out below to see the beloved Batman minifigure beatbox, microwave leftover lobster, and even find time to save the city!

“The Lego Batman Movie” is a spin-off of sorts from 2014’s “The Lego Movie,” and stars Will Arnett (“Arrested Development,” “Bojack Horseman”) as the titular caped crusader, plus Rosario Dawson (“Sin City”) as Batgirl, Ralph Fiennes (“Harry Potter”) as Alfred, Michael Cera (“Scott Pilgrim vs. the World”) as Robin, and Zach Galifianakis (“The Hangover”) as The Joker.

A more direct sequel to the first Lego movie, “The Lego Movie Sequel” is due a year later, in 2018.