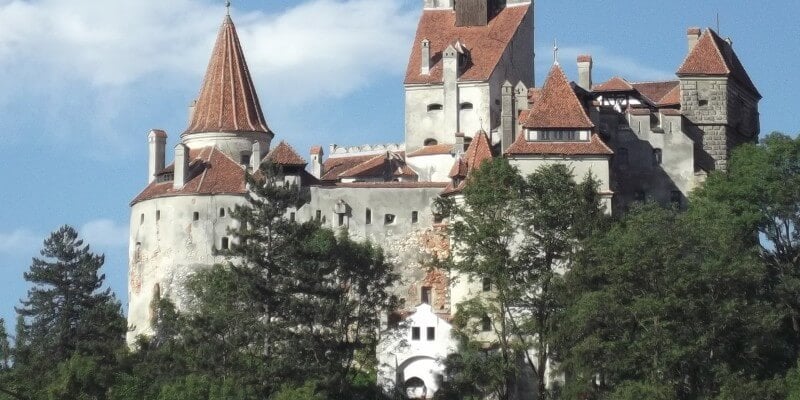 Braham Stoker is said to have been inspired to write his classic Victorian vampire novel, Dracula, based in part on Bran Castle in Romania (though he never actually visited the historic site).

Allegedly, the 12th-century fortress once briefly imprisoned Vlad “the Impaler” Teppes (whom many believe the fictional fanged one was loosely based on).

The castle is now a museum open to tourists, displaying art and furniture collected by Queen Marie. Tourists can see the interior individually or by a guided tour. At the bottom of the hill is a small open-air museum park exhibiting traditional Romanian peasant structures (cottages, barns, etc.) from across the country. (Wikipedia.org)

Now that site (which has been home to knights, Hungarians and Saxons (according to Smithsonian), is for sale.  The price for the palace has not been revealed, but supposedly the Romanian government has the $80 million first right of refusal.

OTM is happy to consider opening a field office should anyone we know wish to purchase the castle.  What you do with this historic fortress (comment below)? Comments Off on Surreal Estate – A castle fit for a king . . . of the night