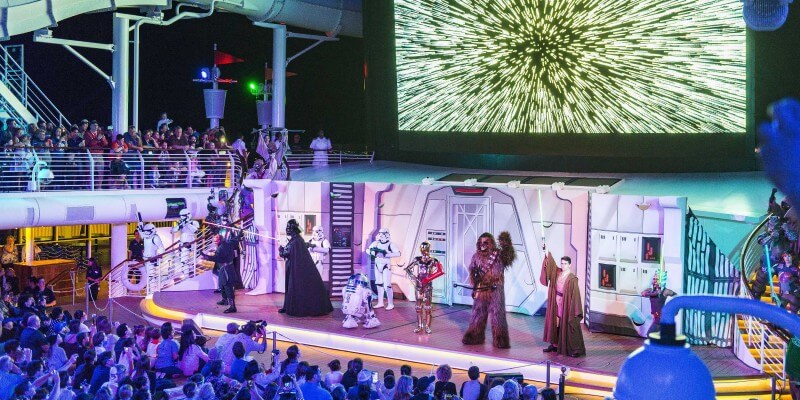 Star Wars fans can rejoice at the news that Disney Cruise Line will not only bring back the popular Star Wars Day At Sea for early 2017 but they will also be expanding it!

Nerf herders and moof milkers need not apply, but everyone else from this galaxy and beyond will want to jump at the chance to celebrate all things Star Wars for a day onboard the Disney Fantasy, which will now include both eastern and western Caribbean seven-night itineraries.

According to the Disney Parks Blog, the special event will only be offered for a limited time on 15 sailings from January through mid-April from Port Canaveral.

Each sailing features a full day of dark side and light side fun, including official appearances of Star Wars characters, a deck party and fireworks, Jedi training for kids, at-sea screenings of Star Wars films, unique food and beverage offerings, and special merchandise.

Check out what’s in store for Padawans, Jedi Knights and everyone else onboard!

Younglings Use Their Power