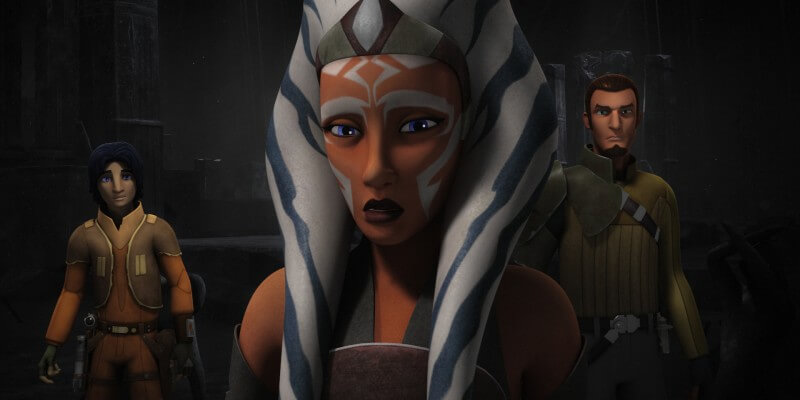 The “Star Wars Rebels” season two finale doesn’t air on Disney XD until tomorrow night, but I had the chance to attend the grand premiere of the two-part episode yesterday evening at the Walt Disney Studios in Burbank. Without spoiling anything, I can tell you that the hour will be chock-full of dark, dramatic twists and some very emotional character beats that long-time fans of “Rebels” and its precursor series “Star Wars: Clone Wars” will not want to miss.

On hand for the premiere were some of the series’ cast and creative talent, and I’ll be sharing their appearances and post-screening Q&A after the episode airs, so as not to give away too much. But also attending were none other than the Dark Lord of the Sith himself, Darth Vader, flanked on both sides by a pair of Imperial Stormtroopers.

Disney XD has shared one extended preview clip from the finale, which features young Jedi Padawan Ezra Bridger interacting with a mysterious stranger he encounters in the ruins of an ancient Sith temple.

You might also want to brush up on the history of former Jedi Ahsoka Tano and her relationship with Anakin Skywalker / Darth Vader, as detailed in this highlight reel put together by Disney XD: