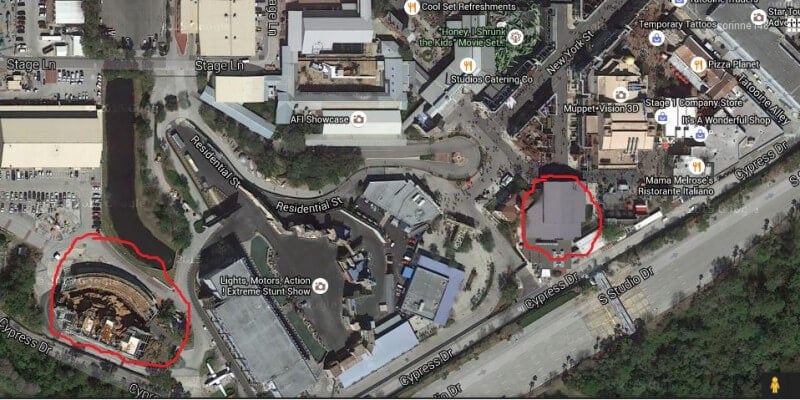 With barely two weeks left until the Streets of America area at Disney’s Hollywood Studios will say its final farewell on April 2nd, demolition has started for the upcoming Star Wars and Pixar expansions.

Behind the Muppets 3D attraction, the old Premier Theater that once housed the Frozen Sing Along show has now started to be taken apart. This area, that also included the “Phineas and Ferb” and “Cars” meet and greet, closed not too long ago. Over by the ancient Backlot Tour attraction, which has been closed forever now, demolition and removal of set pieces has also started. Not much of the cool Catastrophe Canyon scenes are now left standing.