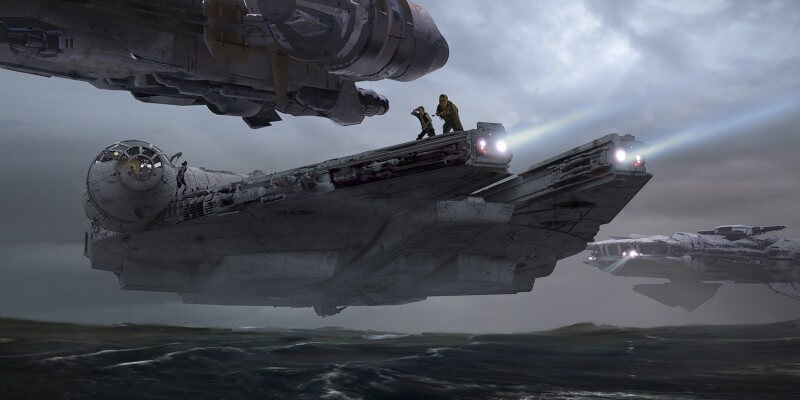 Ok, so these are pretty amazing.

“Each artist began to explore his individual response, and collectively, we began to answer, with our words and art,” wrote Rick Carter, co-production designer for Star Wars: The Force Awakens. “Out of our brainstorming sessions emerged visual imagery of where we might want to go and what it would look like when we got there. We were not merely illustrating scenes that already existed: we were initiating storytelling concepts through the visual images themselves.”

Make sure to grab The Force Awakens on Digital HD on April 1st and/or Blu-Ray on April 5th. For all things Star Wars, stick with ITM!