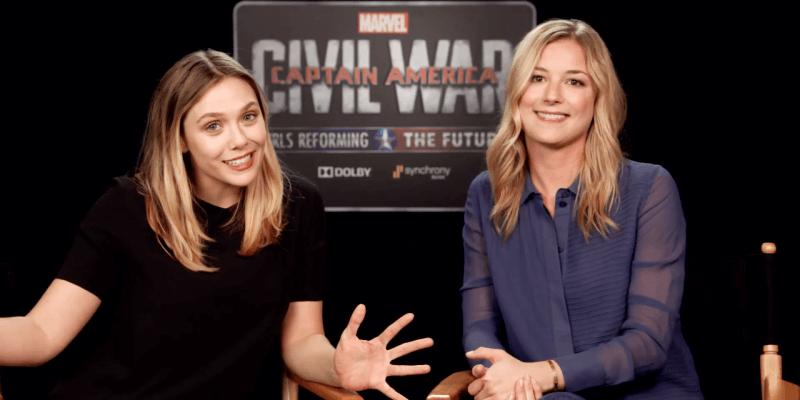 More amazing girl power opportunities, comin’ at ya — and this one’s a doozy!

Disney, Marvel Studios, Dolby Laboratories, Synchrony Bank, Broadcom MASTERS and Science & Entertainment Exchange, a program of National Academy of Sciences have just announced that they are uniting to present the nationwide Marvel’s Captain America: Civil War – Girls Reforming the Future Challenge in conjunction with the May 6th release of the film.

In Captain America: Civil War, each hero is forced to take a stand and choose a side in their fight to reform the future. Although the team becomes divided, they remain united by the same goals: the commitment to safeguard humanity, protect the earth at all costs and make the world a better place for future generations. Marvel, continuing to build on the success of the Ultimate Mentor Adventure, Guardians of the Galaxy: Guardians of Good, and Ant-Man Micro-Tech Challenge, is launching the Girls Reforming the Future Challenge to engage young women to further the Avengers’ goal of making the world a better place.

The program, which is supported by the Science & Entertainment Exchange, a program of National Academy of Sciences, is looking to inspire young girls to create positive world change for their generation and beyond through science and technology. The result? One incredible young woman will be selected to receive a one-week internship with Marvel Studios.

The challenge invites girls nationwide, ages 15 – 18, in grades 10 -12, to submit innovative STEM (Science, Technology, Engineering, or Mathematics) based projects that have the potential to change the world. Each applicant will also be asked to submit a short video demonstrating her project and explaining how her science and technology-based project could make the world a better place. According to Marvel, five finalists will be selected to fly out to California and present their awesome projects to a panel of certified experts.

One grand prize winner will be selected from the five finalists to receive an internship with Marvel Studios. That’s one heck of an opportunity!

Finalists will have the opportunity to inspire other young girls around the world by participating in a live global Broadcom Masters webinar during which the girls will discuss how their STEM skills enabled them to create their projects and become a finalist of the Captain American Civil War: Girls Reforming the Future Challenge. The Grand Prize Winner will share her Marvel Studios Internship experience, giving girls everywhere a peak into STEM skills in action outside the lab and the classroom.

So what bounty awaits the lucky ladies involved? Each finalist will receive two round-trip tickets to Southern California for the finalist and her parent or guardian, including scheduled meals, ground transportation to and from organized activities, hotel accommodations, from April 10 through April 13, 2016. They’ll also get an opportunity to be on the red carpet at the World Premiere of Marvel’s Captain America: Civil War on April 12, 2016 and receive a tour of the Walt Disney Studios in Burbank, California. Lastly, they’ll get $500 deposited into a High Yield Savings account with Synchrony Bank. Whew!

Comments Off on One lucky, amazing girl could win an internship at Marvel Studios!