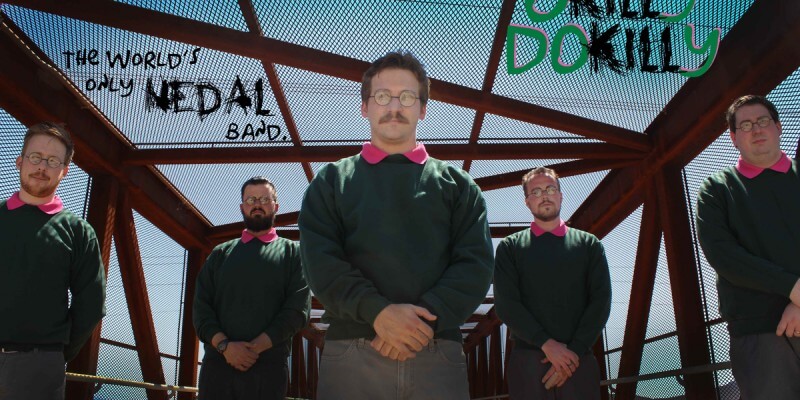 It seems that ridiculously religious neighbor to Homer Simpson, has been musically moonlighting.  Well, at least a tribute band to Nedward “Ned” Flanders: Not to be overlooked for, well, their neighborly looks, the Ned Flanders (the Simpsons) inspired band “oKILLy doKILLy” takes heavy metal to a whole new level:  “Nedal” as the band describes it. (Artwork by Jeremy Kohrs; from the Okilly Dokilly Facebook Page)

The band, based in Phoenix, AZ, was founded in 2015 and enjoyed viral success based only upon a few promo photos and a four-song demo (which is still available online).  After only two weeks they had over 30,000 followers on social media.

Currently they are working on their first full album, which is due out later this year.