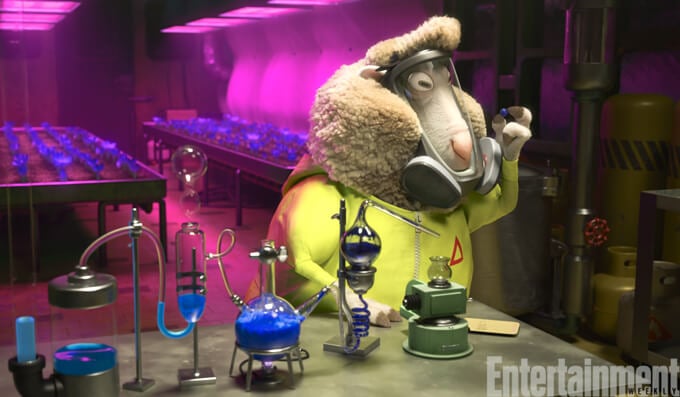 With “Zootopia” continuing to dominate the box office to the tune of over $150 million domestically, there’s little doubt that the film will has already placed a flag in the pop culture mountain of 2016. Part of what the film was able to do so well was use animal puns to draw out and extend jokes for an extended time. Whether you enjoyed the “Elephant in the room” jokes, or even the “PB&J” cell phone carrier, it was obvious that the Disney animators and writers put a significant amount of effort into developing multi-level jokes.

With so many jokes available, it was inevitable that the animators would stray into adult joke territory. By channeling their inner- “Flintstones” it is fair to say that a great homage to the film was based upon the critical and pop culture phenomenon “Breaking Bad.” For those who have yet to see the film, this is a heavy SPOILER ALERT, as many of the events that occur in the homage have a direct effect on the outcome of the film. We’ll continue below.

Alright, with that covered, we’ll do a quick recap. While there aren’t many people who have not watched “Breaking Bad” it doesn’t do much harm to quickly recap its premise. After being diagnosed with terminal cancer, Walter White teams up with a former student of his, Jesse Pinkman, to create methamphetamine so he can leave his family money after he dies. Due to Walter’s talent as a chemist, he creates the most pure version of the drug, and eventually colors it blue as a trademark. The series follows Walt through his rise and fall as Heisenberg,  and the consequences of his actions. The series staked its claim as the best show on television over its last three seasons, evolving from a show that seemed doomed for cancellation. Anchored by Emmy winning performances from Bryan Cranston, Aaron Paul, and Anna Gunn, the show won the Emmy for Best Drama series twice as well as a myriad of awards for directing, writing, and producing. With such a strong show in the public consciousness, especially during the development of “Zootopia,” there was little surprise that the mystery-thriller would incorporate elements of the show into its story arc. That said, few would have expected such an overt reference to the series.

In an interview with Entertainment Weekly, co-directors Bryon Howard and Rich Moore confirmed parts of the reference and found ways to actually expand upon their in-jokes. One of the subtle ways they chose to do this, was by using a pun in place of Walter’s name, renaming the sheep in question “Woolter.” The name is actually spoken by a character toward the end of the homage, confirming the joke to the audience that had mostly caught on by that point. Still, using “Woolter” feels organic in a film that is stuffed full of pun based humor. Moore explained “That one almost broke it. That was bending a pun to its limit.” The use of the blue berries as a substitute for the blue crystal was also very overt. In fact, Moore explained that “Breaking Bad” was even the vibe they were going for during production. “We’d say, ‘A lab…like ‘Breaking Bad’’ or ‘Blue flowers, like ‘Breaking Bad'” according to Moore. Eventually, Moore & Howard realized, that if the rest of the film had set up visual and pop culture gags, why not just go the full mile and pay tribute to the iconic series? The result might be the most effective homage to show since its conclusion in 2013. The use of a mobile lab and hazmat suit further were icing on top of the cake, culminating in one of the best put together extended homages to pop culture in Disney’s animated department to date.

These visual gags would likely have done the trick for the audiences who watched the show through its finale, but apparently a different movie was also considered to build the scene. Howard and Moore also pointed to the concluding scenes of the Paul Thomas Anderson 1997 film “Boogie Nights” as a potential scene to duplicate. The scene in question they seem to reference is vastly different than the rest of the film, and involved Alfred Molina on a drug fueled craze, while protagonists played by Mark Wahlberg and John C. Reilly reach their psychological breaking point. While the scene is iconic for many reasons, it makes sense they backed down a bit from this homage for a number of reasons.

With all this in mind, it is obvious that Moore & Howard have a keen eye for homage and are willing to take influences from pop culture while constructing their film (see above image inspired by “The Godfather”). The subject matter of the film surprised many, and worked to establish the film as a must-see for 2016. If Moore and Howard have more stories like this to tell, it will be interesting to see the direction their next film could take. Maybe we’ll see a “People Vs. O.J. Simpson” or “Fargo” homage in the next one? Fingers crossed.

“Zootopia” is currently in theaters.

Comments Off on How “Zootopia” crafted its “Breaking Bad” homage