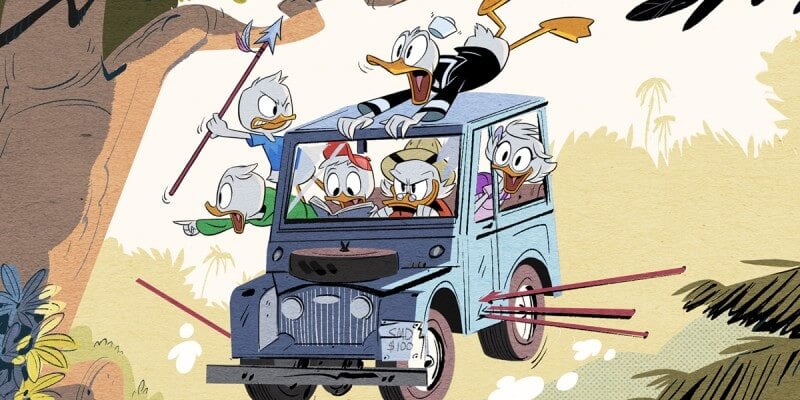 The first image of the all-new DuckTales series returning to TV screens in 2017 has finally been revealed by Disney XD.

Retaining the colorful, vibrant look of the old series (with an updated touch that recalls the recent Disney cartoons featuring Mickey Mouse and the gang) while eschewing modern CGI animation, the new DuckTales aims to faithfully restore all the fun the original series had for a new generation eager to see the latest adventures of Scrooge McDuck and his three grandnephews, Huey, Dewey, and Louie. From the looks of it, Donald Duck and Webbigail “Webby” Vanderquack might be along for the ride as well.

Back in February of last year, Disney XD announced they would be rebooting the popular show, which ran for four seasons between 1987 and 1990, and they have now released this first look as part of their Kids Upfront in which they are giving updates to their upcoming slate of upcoming projects.

Just how much bigger is Scrooge’s Money Bin since we last saw him? For that matter how much time, if any, has passed since the original adventures? Hopefully we’ll find out more details on the new series soon enough.

What do you think of the new look and will you be tuning in when the show premieres next year? Sound off on the comments below.