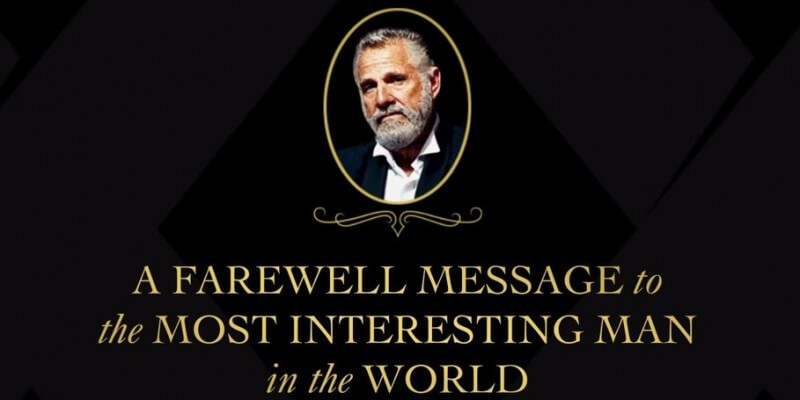 After 10 years of staying thirsty, an icon is blasting off on a one way trip to Mars.  The Most Interesting Man in the World, infamously played by former garbage truck driver Jonathan Goldsmith, is leaving the planet. An interesting end to an era since Goldsmith is credited as being one of the only actors clad in red shirts to survive an original Star Trek episode. In a fond farewell, the final scene plays out in a who’s who of world figures and icons as the Most Interesting Man prepares to depart on his epic swan song.

According to an NPR interview, Mr. Goldsmith almost didn’t get the part, as Dos Equis wanted a younger actor.  For the audition, he was encouraged to give the appearance of Hemingway and called upon the memory of his late friend, Fernando Llamas, for the accent.  Goldsmith’s agent (now wife) is credited with saving the day by responding to the casting director with the question “How can the most interesting man be young?”  It was an overnight sensation which, over the past ten years, earned its permanent place in pop culture.

Now, it appears that Heineken (who owns the Dos Equis label) is now opting for that younger, more hip version of the world’s most interesting man.  Neither Heineken nor their ad agency has released any additional details regarding the new banner holder or if he’ll still be slinging the slogan made popular by Goldsmith, “Stay thirsty my friends.”