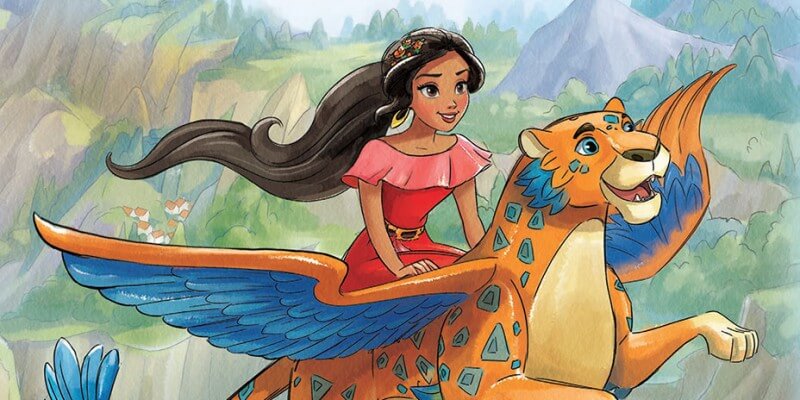 “Sofia the First” spin-off princess “Elena of Avalor” will be getting her very own children’s book this summer, in addition to a prime-time special on the Disney Channel that will serve as an introduction to the world of her ongoing series.

Elena is being proudly promoted by Disney as their “first princess inspired by diverse Latin cultures and folklore,” although similar statements were unofficially made by producers about “Sofia the First” when it debuted in 2012. Either way, more diversity is always welcome in the Disney Princess family. Let’s take a look at the cover of the book, entitled “Elena and the Secret of Avalor,” which goes on sale June 7th at bookstores and online retailers nationwide. “Elena of Avalor” will premiere on the Disney Channel on August 1st.