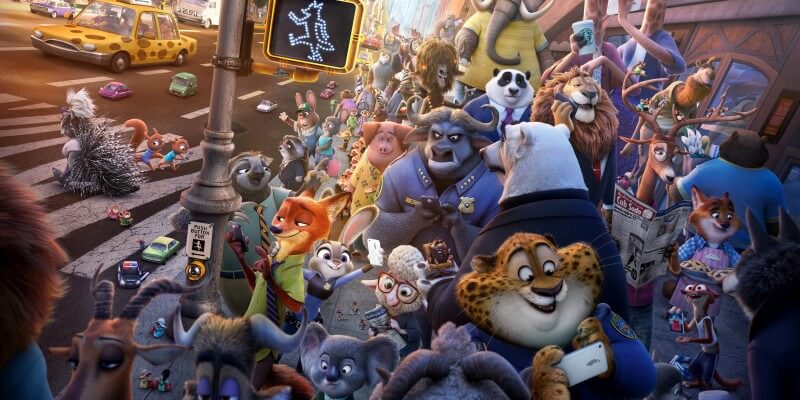 Don’t believe me? Well the movie is about to dart past the $500 million mark globally after only three weeks in theaters. The animated comedy has grossed $164 million domestically in its first two weeks, and had been on a global collision course ever since!

Zootopia centers around a world of animals that have evolved beyond their primal instincts. Mammals live in harmony without the fear of tearing each other to shreds and hunting for sustenance. Judy Hopps (voiced by Ginnifer Goodwin), an ambitious bunny, is dead-set on making a name for herself in the big city as the world’s first “Bunny Cop”. When she gets wound up with sly fox Nick Wilde (Bateman), the adventure spirals out of control into an epic mystery that spans throughout some of the major boroughs of the city. Variety reports that the film has taken in $327 million internationally and is already Disney’s biggest animated release ever in China, Russia and Thailand. The China total is $134.8 million, followed by $24.3 million in France, $22.2 million in Russia, $15.9 million in Germany, $15.5 million in Korea and $14.4 million in Mexico. It is also the second most successful release of 2016 following Fox’s Deadpool, which has grossed $331 million domestically and another $379 million overseas.

Not bad for a movie with an estimated budget of $150 million! For all things Disney and Zootopia, stay hooked to Inside The Magic!