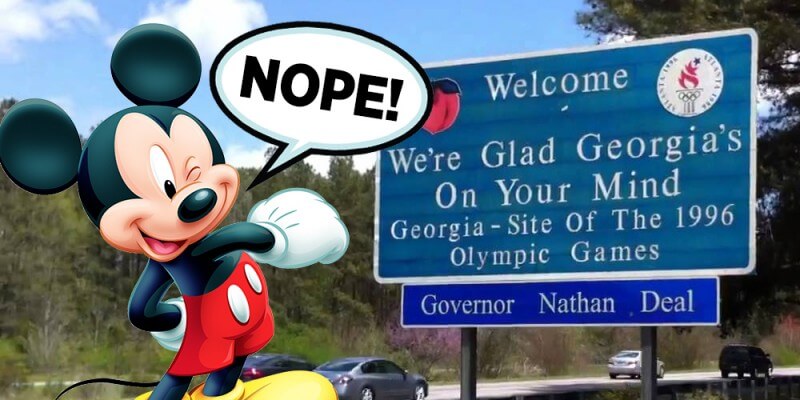 Variety has just reported that The Walt Disney Co. and Marvel Studios have indicated opposition to a Georgia religious liberty bill pending before Gov. Nathan Deal. The massive corporation has stated that that they will take their business elsewhere “should any legislation allowing discriminatory practices be signed into state law.” This means Disney and Marvel would no longer contribute to the Georgia economy.

“Disney and Marvel are inclusive companies, and although we have had great experiences filming in Georgia, we will plan to take our business elsewhere should any legislation allowing discriminatory practices be signed into state law,” a Disney spokesman said on Wednesday. Georgia has become a production hub for filmmakers and various on-screen endeavors setting up shop. Marvel is currently shooting Guardians of the Galaxy 2 at Pinewood Studios outside Atlanta, and Captain America: Civil War shot there last summer.

“We are confident that Governor Deal will not allow a discriminatory bill to become law in Georgia,” said Vans Stevenson, MPAA senior vice president of state government affairs.

C’mon, Georgia! Get it together — it’s better on this side of the fence.

How do you folks feel about this? Keep it classy, but let me know what you think in the comments below.