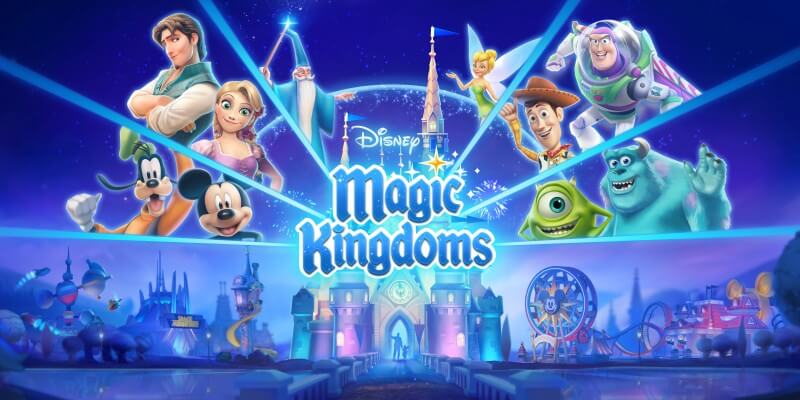 If you ever dreamed of designing and playing in your perfect vision of a Disney theme park (and really who hasn’t?) then you’ll need to fire up your smartphone on March 17 and prep your thumbs to play the new Disney Magic Kingdoms mobile game.

Disney Mobile made the surprise release date announcement today via Twitter and the eagerly anticipated game developed by Gameloft looks to be quite the magical journey. Disney Magic Kingdoms allows players to enter the timeless world of Disney and relive magical moments of the Parks by building fun attractions like Mickey’s Fun Wheel, Astro Orbiters, and Monster’s Inc. Laugh Floor, and share spectacular moments with beloved Disney characters from Disney•Pixar’s Wall-E and Toy Story, Disney’s Tangled and more. The game’s story mode follows Maleficent as she casts an evil spell ridding the Parks of all its powerful magic, and players will need the help of beloved Disney characters such as Mickey Mouse, Buzz Lightyear and many more to defeat the villains and create the park of their dreams.

As outlined in this newly released story sneak peek, a “ruthless and jealous dark fairy has erased all traces of the beauty and wonder of Disney’s magical kingdoms” and it’s up to you to “restore the serenity and happiness to these lands”.

Are you up for the challenge?

The official trailer shows off some of the gameplay and graphics as well as a few of the characters and attractions you’ll be able to summon in your quest.

Players will be able to download the game for free starting this Thursday, March 17 for iOS, Android and Windows devices. For more info on the game and to discover how to unlock exclusive in-game rewards, visit the official game site.