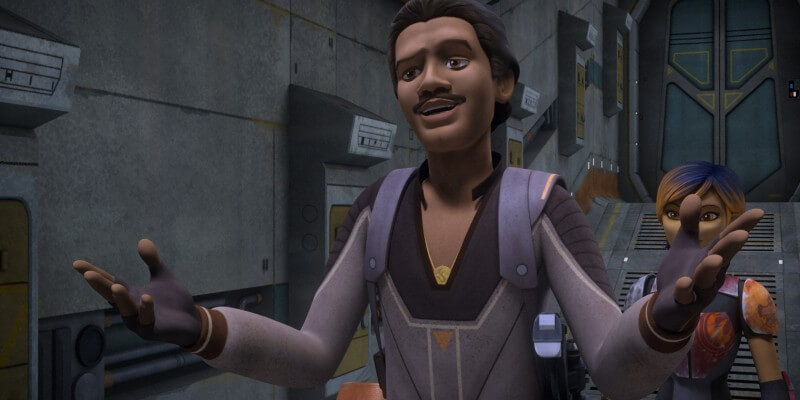 The scoundrel Lando Calrissian has been one of the most popular “Star Wars” characters ever since he first appeared in 1980’s “The Empire Strikes Back.” And actor Billy Dee Williams has repeatedly brought his unique brand of charm and swagger to the role in everything from the sequel “Return of the Jedi” to video games like “Jedi Outcast” and “The Yoda Chronicles,” to the animated sketch comedy series “Robot Chicken,” all the way through to “The Lego Movie.”

Now Lando (still voiced by Billy Dee) has a recurring role on Disney XD’s “Star Wars Rebels” series, which takes place in the years between Episodes III and IV. Lando has thus far popped up twice (once in each season so far) to assist hero characters Kanan, Ezra, and Hera in their ongoing fight against the Empire.

This week in an interview with Star Wars fansite TeeKay-421, Williams revealed that Lando will indeed once again be returning to “Star Wars Rebels” for its upcoming third season.