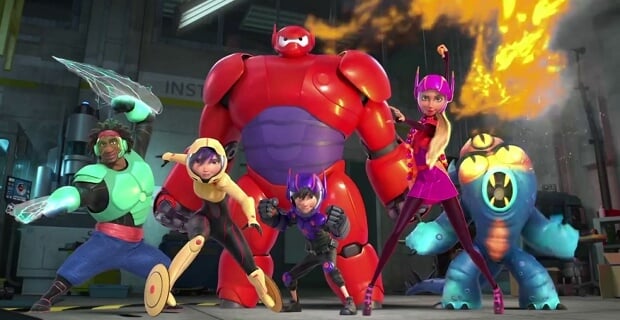 Entertainment Weekly is reporting that the critically-acclaimed animation film will be adapted into a brand new TV series on Disney XD.

Picking up immediately after the events of the 2014 film, the new series will further the adventures of 14-year-old tech wunderkind Hiro and his medical robot-turned-cuddly hero Baymax. Hiro, now something of a legend at the San Fransokyo Institute of Technology, will face “daunting academic challenges and the social trials of being the little man on campus. Off campus, the stakes are raised for the high-tech heroes as they must protect their city from an array of scientifically enhanced villains.”

How cool does that sound? Of course, the rest of the superhero team — Wasabi, Honey Lemon, Fred, and Go Go — will also be joining Hiro and Baymax on new adventures.

“Our colleagues at Walt Disney Animation Studios have created a brilliant new world, inspired by Marvel, with vivid, unique characters,” Disney Channels Worldwide president Gary Marsh told EW. “We are thrilled to have the opportunity to further develop these characters into a world class animated series — full of fun, action and the kind of endearing storytelling that only Mark, Bob — and Baymax — can deliver.”

No word yet on how this affects plans for a proper sequel to hit movie theaters. Just recently, Marvel legend Stan Lee was interviewed by the Toronto Sun about future movie projects and mentioned “Big Hero 6”, though this new TV series could either diminish or enhance the prospects of that coming to fruition.

But for now, let’s not greedy and we’ll just have to stay patient until next year to see our favorite characters back in action.