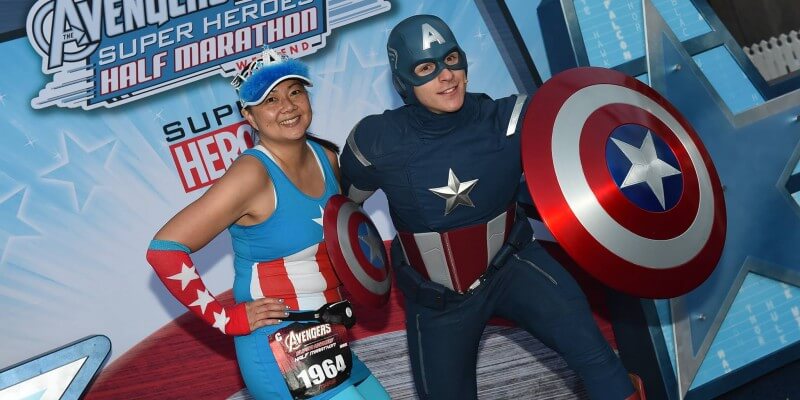 The Disney Parks Blog announced today that lots of exciting changes are coming to runDisney this year, the first big news of which is a name change for the Avengers Half Marathon Weekend in November. The event will now be called the Super Heroes Half Marathon Weekend, and will include more characters than ever before, including a 10K race named after the elusive Doctor Strange, whose MCU movie (starring Benedict Cumberbatch) will be in theaters the weekend before.

The event will also celebrate this year’s 75th anniversary of Captain America by theming the Captain America 5K run around “the vintage style of the original artwork” of the popular character’s first appearance way back in 1941.

The main race will still be known as the Avengers Super Heroes Half Marathon,  and will be “full of surprises,” including more unique characters popping up on the course. Sounds like a lot of fun for fitness buffs and Marvel fans alike!

Registration for the event begins April 12th at 12:00 noon.