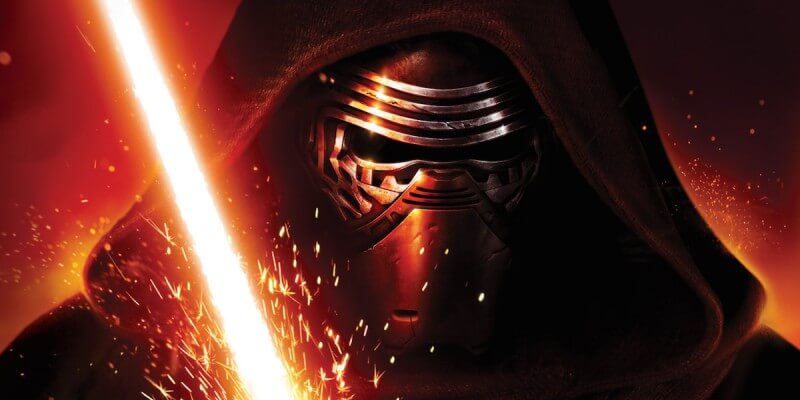 Just because we can’t get enough Star Wars hype…

In a special Entertainment Weekly interview with Adam Driver, who portrays villain Kylo Ren in Star Wars:The Force Awakens and the upcoming Episode VIII, the star revealed new details about his involvement in the upcoming film, and expressed a great deal of excitement to get started. According to Driver, the First Order and the Resistance are still at each other’s throats.

Director Rian Johnson stepped in for J.J. Abrams after The Force Awakens, and apparently the differences in directorial styles are different, but ultimately necessary.

“Their temperaments are different,” Driver said when asked to compare the two filmmakers. “I feel like there was so many moving pieces in the first one – just trying to solve it and set the vocabulary for what it was. There’s a lot of that anxiety is gone, because people have developed a language. I think it’s more of a testament to Rian coming into something very established and making it [his own]. I can’t wait to get on set, just because he’s so unassuming and intelligent and approachable. The script they’ve come up with is really great.” Can change in your life after you become an overnight success in one of the biggest franchises of all time. Adam Driver’s life is a prime example of this kind of situation, and it seems to have affected him positively.

“I didn’t turn into a new person,” he said of life post-Force Awakens, which grossed more than $2 billion around the world. “Nothing happened to me. But a lot of people saw it, and that was good. I guess my Christmas is kind of easier now – the toys and things for family. Kids is a big thing: I feel like before parents kept me away from their kids; now it’s like, go get a picture.”

Are you ready to dive back into the universe of Star Wars? Let me know your predictions for the movie in the comments below!