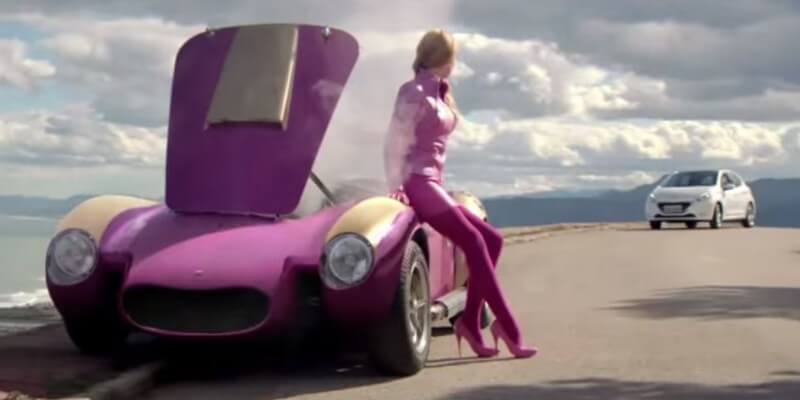 Possibly prompted by popular 1965 film The Great Race, the cartoon Wacky Races featured a kaleidoscope of characters in 11 delightfully different “vehicles”.  Roaring across the small screen for two races per show, the crazy contestants competing for right to be called World’s Wackiest Racer. Though the animated series only ran for a season on CBS, Hanna-Barbera’s 1968 racing cartoon still endures today. The 17 episode cartoon continues to be popular. The 2008 DVD release is still available on Amazon. In 1991, NES gave gamers the chance to control Dick Dasterdly’s sidekick Muttley. Players were collecting bones to trade for weapons.  Nintendo revived the title for the Wii console with their 2008 Crash and Dash video game (which was also released for the DS).  The Wii and DS versions can also be found on Amazon. Comedy Central’s South Park recently parodied the opening sequence from Wacky Races in a spoof of Uber and Taxi options.

To tout its Peugeot 208 model, the car company painstakingly recreated a live action tribute to the 28 year old cartoon in a spot-on Brazilian-produced advertisement in 2013.