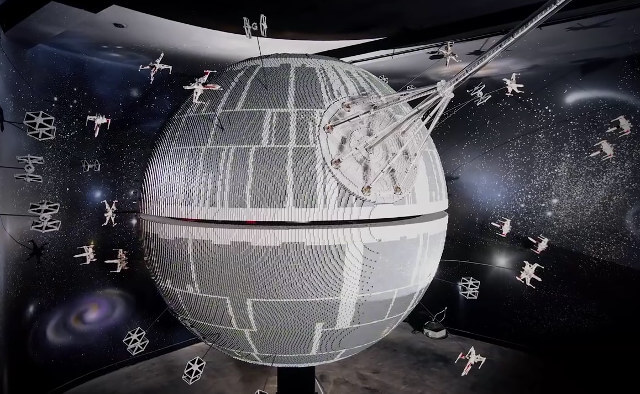 The LEGOLAND located in Windsor, UK, is certainly aiming to make a name for itself with the construction of the mighty Death Star as the centerpiece of their Star Wars Miniland Model Display.

Of course, there will be X-wing fighters battling it out with the Empire’s fleet of TIE fighters nearby but just look at this 9-foot tall creation. It certainly befits an armored space station with enough power to destroy an entire planet, as it weighs approximately 1,900 pounds and is made out of 500,000 bricks worked on by 15 Master Model Builders for a period of over two months.

Check out the time-lapse footage of this sucker being built. The rest of the Star Wars display doesn’t look too shabby either.

Lucky fans will be able to check out the new Death Star at LEGOLAND Windsor when it reopens on March 11.