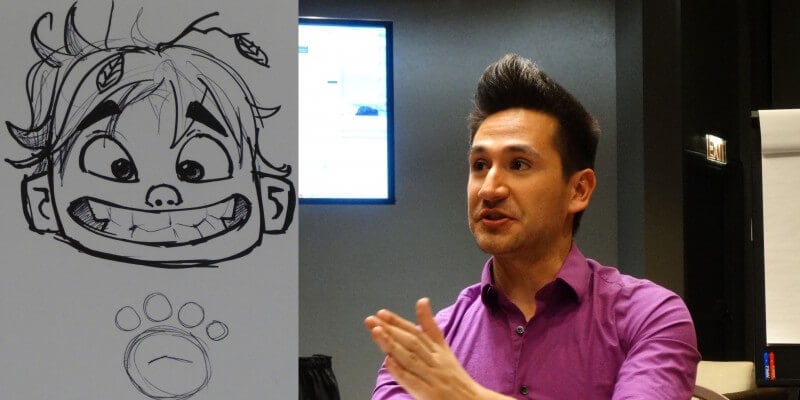 With Disney-Pixar’s “The Good Dinosaur” heading to home video on February 23rd, it’s a good time to take a look at some additional behind-the-scenes content. At a media event this week in Beverly Hills, some members of the “Good Dinosaur” team came together with the press to delve a little further into the making of the movie.

One particularly interesting presentation was Pixar character modeler Alonso Martinez’s in-depth discussion of how the 3D look of characters are designed based on the script or concept drawings. Martinez even did a quick Sharpie drawing of Spot for us in the room while he talked.

It’s always interesting to learn more about how Disney, and especially Pixar, go about crafting the stories and characters in their movies. “The Good Dinosaur” went through a lot of changes in its development, and its evolution is a fascinating one.