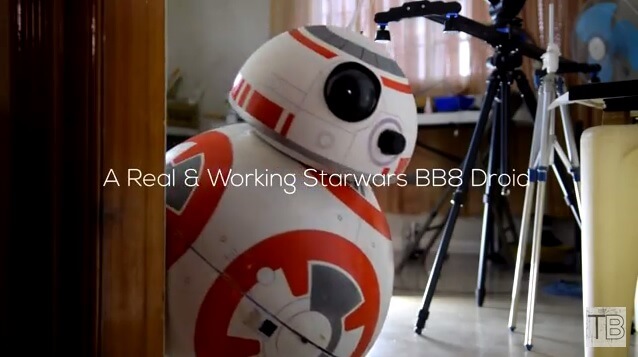 Like a whiz Jedi, the teenager quickly decided to try and put together his own droid companion. Casimiro succeed and his life-size functional BB-8 comes with a complete moving head and is controllable via his cell phone. He built the droid by using household items such as an inflatable beach ball for BB-8’s body, newspaper and roll-on deodorant and the final cost only came out to be $120.

Casimiro was nice enough to post a 20-minute long tutorial showing how to put the droid together for fellow BB-8 lovers as well as some behind-the-scenes test runs of his BB-8 in action.

Comments Off on VIDEO: Teenager built his own life-size, working BB-8 from Star Wars: The Force Awakens