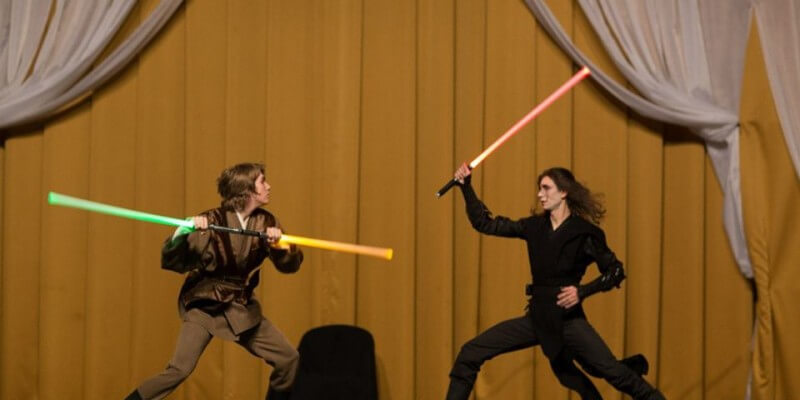 School of Saberfighting is one of the first teams in the world that specializes in public performance of duels inspired by Star Wars, and also provides training for those who wish to learn this form of stage fencing.

Comments Off on VIDEO: School Of Saberfighting puts on an epic lightsaber duel at Fencing World Championships