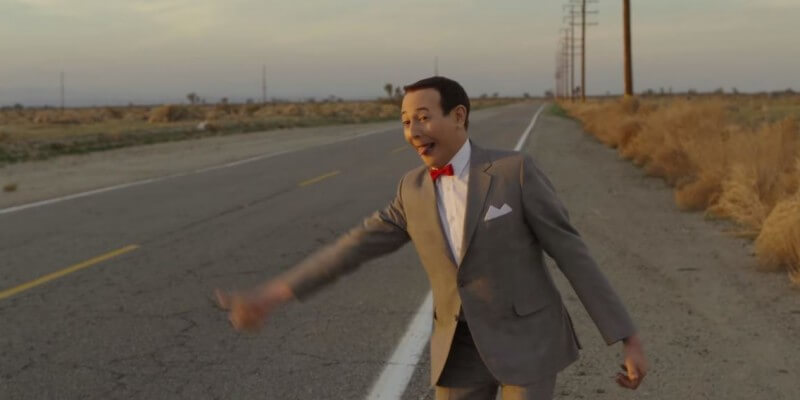 The super-popular Pee-Wee Herman is back in action with a brand new adventure exclusive to Netflix.  The man who doesn’t like change and never wanted to leave home is about to embark on his first vacation.  After meeting with a rough (but familiar) looking biker –AKA the mysterious stranger (played by True Blood’s Joe Mangeniello), Pee-Wee departs Fairville for a grand escape; determined to make to New York City. Co-written by Paul “Pee-Wee” Rubens and Paul Rust, Pee Wee’s Big Holiday is set to debut on Netflix March 18th (after a special world premiere at the SXSW Film Festival in Austin TX). “In Pee-wee’s Big Holiday, a fateful meeting with a mysterious stranger inspires Pee-wee Herman to take his first-ever holiday in this epic story of friendship and destiny. Judd Apatow (Anchorman, Bridesmaids) and Paul Reubens (Pee-wee’s Big Adventure, Pee-wee’s Playhouse), worked together to bring the project to fruition and produced the film. It was written by Reubens and Paul Rust (Comedy Bang! Bang!, Arrested Development), and is directed by John Lee (Wonder Showzen, The Heart She Holler).”

Comments Off on VIDEO: Pee-Wee Herman is back with a full trailer! Pee-Wee’s Big Holiday to premiere on Netflix in March