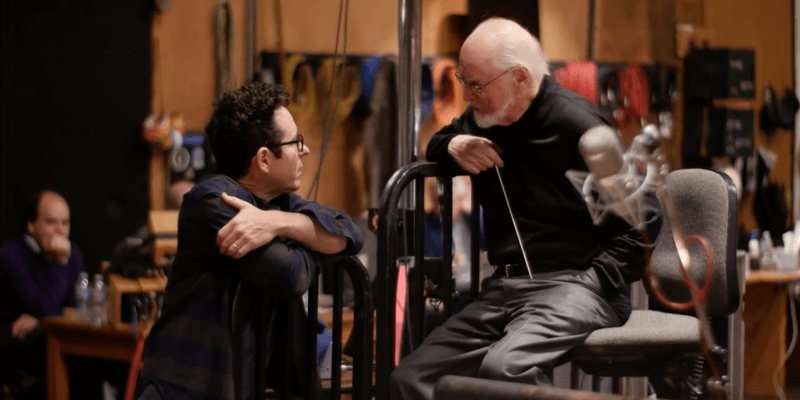 No Star Wars movie feels complete without John Williams’ score to perfectly accentuate the incredible visuals cooked up by Lucasfilm. It’s the perfect marriage between sight and sound for two trilogies and director J.J. Abrams wouldn’t have any other composer step in to fill the shoes of Williams to help bridge the gap between the original films and the new trilogy.

If it wasn’t apparent already from the movie, a new video released on the official Star Wars YouTube account to promote the soundtrack delves deep into the writing and recording of the music for “The Force Awakens” and Williams discusses how he utilized recurring themes for sections in addition to all-new compositions, such as the theme he wrote for the character of Rey.

The video also shows Williams hard at work in the studio recording the soundtrack along with numerous musicians while stars John Boyega and Daisy Ridley pop in for a visit along with Abrams. There’s even a brief moment where Ridley appears to react to listening to Rey’s theme.

As Boyega (in costume as Finn) excitedly proclaimed on the set of “Star Wars: The Force Awakens”:

“All we need is John Williams and then it’s done!”

Comments Off on VIDEO: Go behind the scenes with composer John Williams during the making of the “Star Wars: The Force Awakens” soundtrack